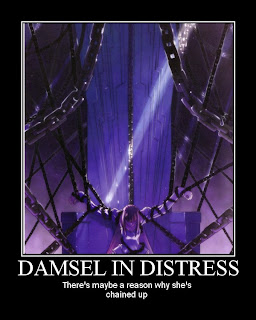 After the Heroquest to restore Darnbar Chaosknower to life, Marcilla the White Healer suggested to Xaraya, Grom and Skye that they come with her and Darnbar to Horn Gate to see if the Sisterhood could attempt to cure Darnbar of the Unlife Sickness.  The Duke’s wife, Varna, was unwell, and Lady Jezra asked to accompany the group to see if she could purchase some herbs that she believed would cure her mother.
The journey to Horn Gate was interrupted by another encounter with the Morokanth, in this case Visishwaw Windclaw, a follower of Storm Bull and his gang.  After an initial period of feeling each other out, Grom earned the Morokanth’s respect and Visishwaw offered Grom some Kvass, which Grom had to turn down owing to his geas.  Visishwaw found it odd that a god would require a worshipper not to drink, and took this as a sign of Humakt’s weakness compared with the Bull. They spent the night camped on the plains, sharing the watch duties with the Morokanth.
The party found Horn Gate still controlled by the Sables.  Xaraya bristled at this, but Marcilla asked her not to cause trouble.  They delivered Darnbar to the Hospital and Jezra purchased her herbs.  Not wishing to stay where the Sables ruled, the party set off back for Raus Fort via Weis Cut, aiming to overnight at Weis Village.
Read more »

Posted by Swordsman at 9:08 PM 1 comments

Email ThisBlogThis!Share to TwitterShare to FacebookShare to Pinterest
Labels: pavis

Items in [Parentheses] are part of the Secret History – events that happened but are not general knowledge.  Some are known only to a very few researchers, historians and priests.  Highlight to read, unless you are possibly going to play in this world. (The observant may notice some elements taken from the excellent scenario Hammers of the God by James Raggi.  Don't read the Secret History if you intend to play this.  Here's the Grognardia review.)
Comments are welcome and may well be incorporated.

There are four worlds with four stars and four moons that revolve in complicated fashion around the Sun, or perhaps the Sun revolves around them (no-one is quite sure and astrologers and other wise men argue about this incessantly).  In one world, Kanosza, gods ruled – the gods of the celestial bodies and the Afterworld.  In another, Jaruusz, a seemingly omnipotent principle, The Infinite, governed the mundane world and the Ether.  On Ghildra, spirits roamed the world and the Guinee, the spirit’s home.  On Ehlaar, the goodess Ehla and her children were the creators, ruling both Ehlaar and the Dreaming, until her children rose up and imprisoned Ehla in the Dreaming, which became the Nightmare World.  [The Afterworld, the Ether, the Guinee and the Nightmare World all share characteristics, and otherworldly beings can seemingly operate through all these planes, even if they do not interact with each other.]
Kanosza is a world of continents, Jaruusz a water world with a giant archipelago, Ehlaar is a Pangaea, with just one continent, while Ghildra is a desert world with no seas, few lakes and many oases.
On each world existed a major species of humans and another intelligent species: on Kanosza, dwarfs, on Jaruusz elves, on Ghildra dragonmen and on Ehlaar trolls.
Read more » 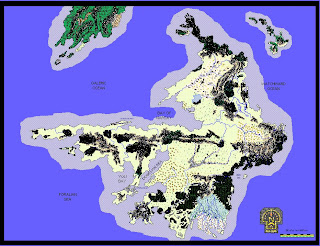 If I'd written this post a few days ago, it would have been very different.  Like James from Grognardia, I'm fascinated by the road not taken for Runequest, to wit, the project called Questworld.  This project aimed to provide an alternate world for Runequest adventures other than Glorantha, where everything had to go through Greg Stafford's approval process.  Developers were free, however, to use Gloranthan gods.  In a particularly interesting idea, the Chaosium took one continent to develop (Kanos, pictured) but allocated others to the big players in the Runequest industry at the time like Judges Guild.  Another was to go to Britain's own Games Workshop, several years before that group became obsessed with Warhammer.

Posted by Swordsman at 7:48 PM 3 comments 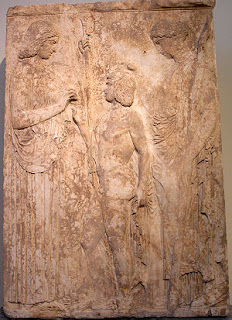 The Mongoose Runequest II rules are great at the three traditional forms of magic - divine, spirit and sorcery - but I wonder if there is room to adapt the system for certain historic forms of worship that don't really fit into the organized hierarchies envisaged.  Here are some basic ideas that I'll try to expand on later.

The Eleusinian Mysteries, the cult of Cybele, the Great Mother, Isis - all were extremely popular cults that outsiders (and therefore us) had no real idea of what they did at worship ceremonies.  This is pretty easy to mirror in MRQII terms - you take a Compulsion not to reveal the Mystery to the profane.  Yet this doesn't really get the point.  What is the Mystery and what makes it special?

Here are some suggestions on how to run a mystery cult.  The cult has several mysteries.  The first mystery is handed down on initiation (pious membership), with further mysteries revealed on becoming a fervent member and a high lord/priest (probably different for each one).  The most sacred mysteries, known by the high lords, are actually the point of the cult, and it is the high lord/priest's most sacred duty to find someone worthy of passing the secret on to so that the cult continues.  This should lead to good role-playing opportunities.  In a rune-based world, the mysteries could be tied to a rune, and if you play the runetouched rules, then you become runetouched when you learn the mystery.

(Written by the GM, Jujitsudave, and as posted on the MRQ Forum)

The First Journal entry of Publius Equitatus Aquilla (formerly known as Athdain of the Pictii) this day November 18, Anno Urbis Conditae 1160.
As transcribed by Flavius Ventario of Alexandria.

Posted by Swordsman at 8:43 PM 0 comments 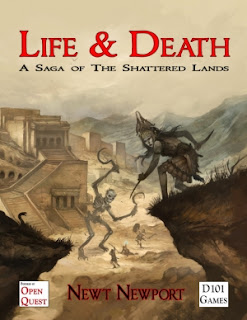 RPGs aren't a matter of life and death, to paraphrase Bill Shankly, they're more important than that.  And anyone who spends large amounts of time designing RPG campaigns will appreciate Life and Death (L&D) by Newt Newport.  Written for Newt's Openquest system, a slimmed-down version of Mongoose Runequest 1 designed under the Open Game License, L&D is an extremely imaginative campaign setting and adventures that resonates well with the distinctly non-medieval tradition of Runequest adventures.  I heartily recommend it.

L&D is set in the Shattered Lands, a setting of 5 city states that all fell under a magical curse 500 years ago and endured centuries of complete isolation.  During that time, their gods disappeared and magical has become extremely limited in its scope.  Some "replacement" cults have now arisen and the objects of devotion are attempting to achieve godhood.  This makes for a fun setting, especially as undeath is pretty common around the Lands.

Boy, I really dropped the ball there, didn't I?

Anyway, I intend to get back to regular posting (we've heard that before, says the DM's Screen) with updates on the Pavis campaign, some reviews of old school and Runequest/Openquest products, and perhaps a running recap of Exodus of Rome, a new Runequest campaign I'm playing in via Skype, which is shaping up very nicely. I'm writing another book as we speak, so this writing will be a natural complement to the rest of the day...