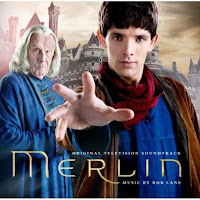 Normal service is resumed with some Heroic Abilities for TGFKA* MRQ2, aimed at spell users, courtesy of Chronos:

Magic flows efficiently through your practised fingers. Reduce the cost to cast spells by 1 magic point. This ability is passive; you do not need to expend a magic point to activate it. However, you cannot reduce the MP cost to cast a spell to below 1.

When not stressed, your mind easily attunes to the magic that surrounds you. Double the rate at which you regain magic points. However, if you encounter a stressful situation such as combat, magic points are regained normally during the hour in which the stress occurred. This ability is passive; you do not need to expend a magic point to activate it.

Double the critical range of the player's spellcasting ability for the purpose of determining whether the spell is cast at no MP cost.


*The Game Formerly Known As


UPDATE: Some very valuable comments after the jump from Deleriad:

In general:
* the abilities are irrelevant for divine spell casters (spells don't cast MPs) and spirit magicians.
* "Passive" heroic abilities were removed from RQ1 because they tended to devolve into d20 style feats. Putting them back in is one of those things that tends to lead to bloat, complication in play while players deal with lists of abilities and also makes them less "special" because they are always on.

The abilities listed seem fine but not especially heroic. There is no cinematic moment of use about them. To my eyes they look gamist. As an example of a different route these are ideas partly inspired by the list. These are off the top of my head so are not properly thought through yet. They also try to reward mages who go beyond the normal magic skills.

Blood Potency. POW 16, Resilience 90%, Hero Points: 10
Duration: 1 spell
When you invoke this ability the spell you are casting has its Magnitude increased by half-again (rounded up). Immediately after the spell is cast, you lose one level of Fatigue.

Spell Slinger. POW 16, Spell casting skill 90%. Hero Points: 8
Duration: 1 spell
The spell's casting time is reduced by 1 Combat Action. This ability can be used multiple times on a single spell. If the casting time would be reduced to zero Combat Actions then the spell can be cast as a reaction to another character's action (like Countermagic) but still requires a single Combat Action.

[Runic] Connection. POW 18. Runetouched [rune]. Lore (Rune) or Grimoire (linked to rune) 90%. Hero Points 12.
Duration: instant
The character must be runetouched and choose a substance linked to that rune. Once per day the character may touch that substance and spend 5 minutes of total concentration attuning to the substance. At the end of 5 minutes the character regains all their Magic Points, including the one spent to activate the ability.

The idea is to ramp up the drama and special nature of the abilities so that invoking them is memorable. If you want to add these to the blog please feel free to do so.